Most people are fascinated by a good costume drama and a “Downton Abbey” theme undoubtedly reflects my saga  “Christmas Child.”

I wanted to write a 19th century historical fiction novel that readers could enjoy all year round, despite a Christmas title. I found the inspiration in Highclere Castle which is used as background for many media productions. "Downton Abbey", the longest running series of all, gives us an “upstairs downstairs” view of the fictional household of that era. It's said that the cast loved all the trappings of a “soap opera with attitude.”

Did you know when making the series, the team built the attic rooms and kitchen separately at Ealing, just outside of London? The actors said they were petrified of dropping things or knocking vases over in the House, but could relax more in the studios.

As written into "Christmas Child" the large black cooking range held pride of place in the kitchen. DA's stove and ovens were made completely of wood. A mystery substance was put into the kettle and pots to make them look as if they were steaming while being stone cold.

The upstairs actors would change apparel three times a day to create authenticity and the ladies wore real corsets. When the cast were seated at table for meals, the scenes took up to twelve hours to shoot. What a challenge for their digestion!

Hair and make-up was taken from Paris fashions, when the young aristocracy would follow their favourites much like celebrity today. Face powders and perfume were priority and the actors would be made-up in a way that suited their unique bone structure and on-set lighting. Uniquely, my sub-plot  includes a theme of Bohemian Paris society! (This research was vital - and enormously enjoyable!)

With all this in mind, I welcomed my spirited but unworldly heroine, thirteen-year-old Ettie O’Reilly. From her humble birth as an East End orphan into womanhood, Ettie swept through the years - taking me with her.  I was surprised, saddened, uplifted and inspired as I wrote - and I sincerely hope “Christmas Child” will give you the very same pleasure.

With much love as always, Carol x

1938 and Londoners were taking a day break to the beach, unaware that the threat of war was only too real. 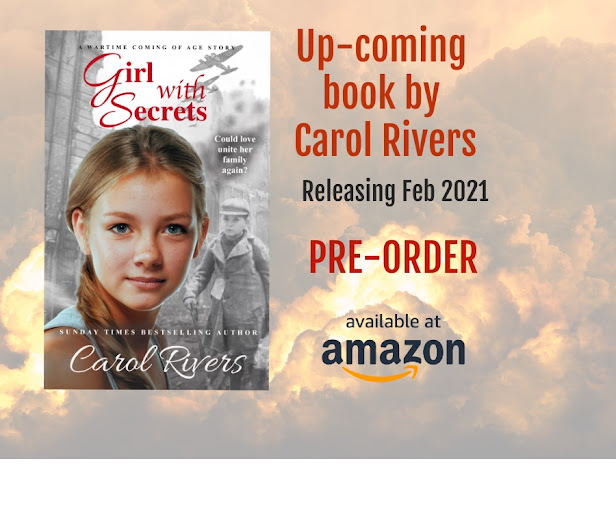 Hello dear readers!  I’m delighted to announce the pre-publication of my new ebook GIRL WITH SECRETS I'm over the moon with this amazing cover and have loved writing Daisy's wartime story. This family saga has a splash of romance, mystery and danger that will have you on the edge of your seats! Whoopee! 🥳 Many of you have been asking about this book, since everyone needs a special book(s) to read in the depths of winter. I hope GIRL WITH SECRETS will fit the bill. So, if your curiosity is piqued and you want to be transported to wartime London, just hit the link below.  Take me to GIRL WITH SECRETS on Amazon Further to this, two of my ebooks are included in the “Black Friday to Cyber Monday” discounts for a short time only and are on Amazon’s shelves at just 99p Click here to get my discounted ebook CHRISTMAS CHILD  at 99p Click here to get my discounted ebook CHRISTMAS TO COME  at 99p These are fantastic reductions, so grab your Christmas ebooks for the shor 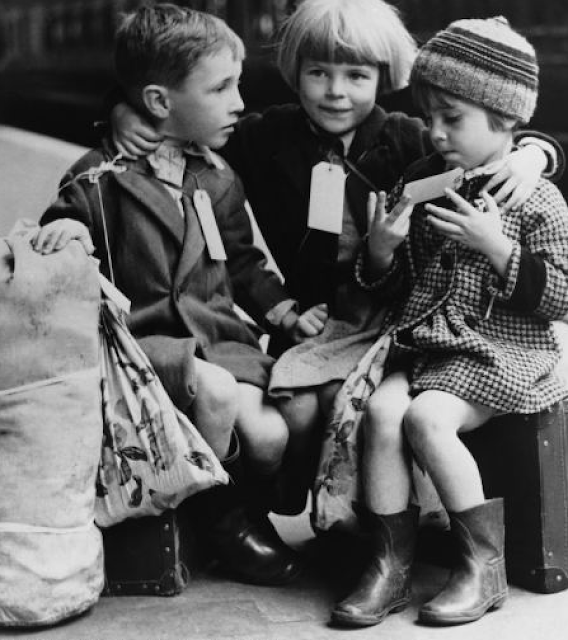 A  new book is always an exciting event, but I do have a little taster of my characters and plot for "Girl With Secrets". So here goes. The Purbrights are a country family and love the idyllic lifestyle of late 1930’s rural England. But when Nicholas Purbright is offered a once-in-a-lifetime partnership with his brother, in London, the opportunity is too good to miss. So the Purbrights uproot, lock, stock and barrel and find themselves in the thick of it, in London’s East End. Not just a culture shock for the refined taste of Nicky’s wife, Florence, but a whole new world for their children, Bobby 10, Daisy 9 and Matt 17. The viewpoint character is Daisy. She is stepping from childhood into adolescence, a bright, happy and even precocious youngster. She will need all her resilience and energy to weather the storm ahead. For just as the family settles to London life, a shadow falls over Britain. War is declared and the Purbrights find themselves involved in dangers beyond their